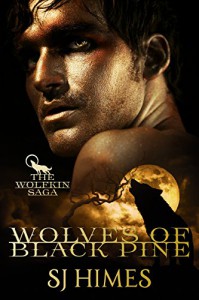 I really enjoyed the first two thirds of this book. The story was well written and engaging. The world-building was well done and the story was gripping until the middle.

I stopped reading after 62% and count this book as read.

I have a real problem with the "romance" part of this book.

First of all, I am not a fan of "mating"/"soulbound" tropes in shifter books, as it takes away the best part of a romance for me anyway.

Here that was the minor problem. What really threw me was the immediate sex act after Luca managed to turn into a human again after being in a wolf body for 15 years.

Luca was 5 years old when he was forced into the shift and did not manage to change back. So he lived his whole life as a wolf, no human interaction, no communication.

So basically this 45 year old Alpha has sex with the 20 year old, whose last human interaction was at age 5.

We are even told that because of the longevity of the shifters, the Alpha who is 45 is still considered a "kid". So how would you consider a 20 year old with no life experience at all???

Which is a pity, because the story and the writing had potential.