Drawn-out finale with plotholes and a lot of incompetency on both sides... 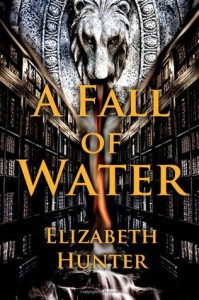 As expected, this didn't blow my mind.

It was a solid read, with a strange and sentimental end and some not really relevant turns.

It felt a bit like the author stretched the story over too many books.

And her writing is solid so she invented some turns and used plot devices to keep the reader interested. Which she did.

So it was overall enjoyable. But not brilliant.

Still, in the mass of mediocre urban fantasy it had some entertainment value and I will even forgive the sappiness and development of B into a Mary Sue.

The "not classically pretty" goth girl became the super-strong, super-clever, super-powerful, super-trained Über-Woman. And Gio more or less handed over his balls.

But all is well because they luuuuuv each other so much. And everyone knows that. They can SEE it. It is so obvious - they have something special going on, The ONCE-IN-A-MILLION-YEARS-lovestory. Unfortunately it didn't really feel like that.

So a good, solid read, but nothing to write home about.

Hopefully Carwyn's story will be better (I have my doubts - super-damaged heroine, but one can hope...).