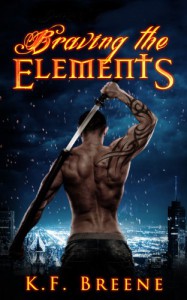 This was way better than the first part for me - mainly because it doesn't have this rape-scenarios predominating the scenes.

It has a very good story flow and I read it in one go. It has sex and a lot of clenching and gushing, but ok. It was hot.

The whole world-building was done very well - the explanation for "vampires" was good - I liked the "apex predator" thing, as it makes more sense than the "undead" explanation anyway - and who would like to have sex with a corpse anyway...

Sascha is a good heroine. She does have spunk, but also a lot of vulnerabilites.

I especially like her dialogues with Charles, her funny sidekick, but also with Stefan, her alpha mate.

A good read with some minor typos.

I hope for a new installment soon.