Hot and rather sweet. 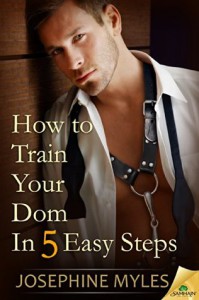 This was a well-written book and I think I learnt  A LOT about painsluts and how to be a good Dom and why someone would want to be a Sub and so on.

But this one was entertaining and even hot for a vanilla girl like me.

I liked the characters and their development and the story of GFY in the sense of "having been gay/bi all along, but only now realizing it", which is much more realistic in my humble opinion (I just find a real "GFY" story hard to believe because I think it is very rare that someone always has been straight, never ever had any sexual thoughts/fantasies about men and suddenly wants to give a blowjob, just because the right person came his way - also wouldn't this mean, that in the end you could choose your sexuality? In the converse argument you then tell the gay guy "just wait for the right girl"? I don't think so.)